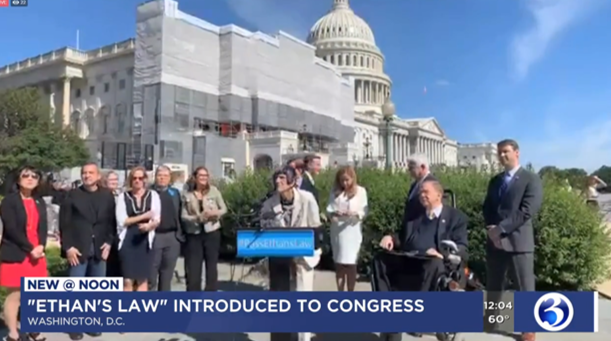 Ethan’s Law, named after a Guilford teen who accidentally shot himself with a gun at his friend’s house, passed the Senate on Thursday.

The bill requires all firearms to be safely stored, loaded or unloaded, in homes with children.

After his death, Ethan’s parents, Mike and Kristin Song pushed for legislation in their late son’s honor.

“I think he would have been proud, honestly, I don’t know if we’d be here today if he was alive,” said Emily Song, Ethan’s sister.

Ethan’s Law, a bill pioneered by State Rep. Sean Scanlon, passed the House on a bipartisan vote earlier this month.

It was also recently introduced by Congresswoman Rosa DeLauro on the federal level.